Los Angeles (ANTARA News) - Actors Lindsay Lohan and Eddie Murphy led nominations Monday for the "Golden Raspberry" awards, singling out Hollywood's worst movie performances from the past year. The organization which runs the annual, light-hearted Oscars spoof, nominated Lohan for a "Razzie," as the award is affectionately called, for her starring role in "I Know Who killed Me," a horror film in which she plays psychically connected twins, AFP reported. The critic-panned flick also received Razzie nominations as 2007's worst picture, screenplay, director and worst screen couple -- for Lohan's turn appearing opposite herself in the film. Lohan, 21, made her name appearing in such popular movies as "The Last Show," "Mean Girls" and "Freaky Friday," but has had a dry spell coinciding with her recent appearance in the tabloids and at a spate of exclusive detoxification centers. Meanwhile, Eddie Murphy received a record five Razzie nods in one year for his politically incorrect "Norbit," about a nerd who meets the love of his life, but who inconveniently happens to be married to a grossly obese woman, also played by Murphy. The veteran funnyman was dishonored with nominations for worst actor, supporting actor, actress, worst on-screen couple, and worst screenplay. Murphy had received an Oscar nomination last year for his supporting role in "Dreamgirls," but some observers said his hopes of winning the award were torpedoed by his association with the "Norbit" project. Other nominees for the un-coveted Razzies award, which was created in 1980, included "Bratz" and "Daddy Day Camp" for worst picture, and "Silence of the Lambs" sequel "Hannibal Rising" in the new category "Worst Excuse For A Horror Movie." Nominations for Hollywood's most reviled award come one day before the unveiling Tuesday of nominees for the most coveted -- the 80th Academy Awards. Winners of the Razzies rarely show up to collect their prize -- a gold spray-painted plastic statuette in the shape of a raspberry -- which organizers say are worth as much as four dollars and 89 cents. (*) 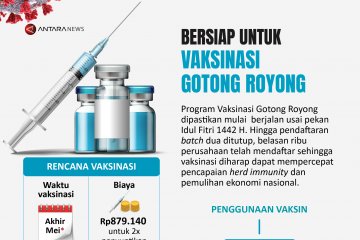